Meaning: What makes work worth doing?

In a 2017 study on meaning in the workplace, Deloitte puts a number on something that might seem obvious to most people: for 87% of respondents, meaning at work is important regardless of age, status or management level. But what can really bring that meaning into the business world? At first it sounds like a philosophical issue taken from a Monty Python film… The EVE webmagazine decided to take a closer look.

Rhythm is gonna get you… Was Gloria Estefan right?

The very fact that we need to look for meaning in the workplace suggests that somewhere along the line, it has become lost. What is a job without a reason for doing it? In 1974, the American psychologist Herbert Freudenberger was the first to develop an understanding of what has now become a familiar concept: burnout. Burnout is what happens when workers become so exhausted by a frantic pace, in both body and mind, that they end up having a breakdown.

In 2007 the Swiss consultants Peter Werder and Philippe Rothlin shed light on the opposite problem, which is a mirror image of the first concept. This time the issue wasn’t about having too much to do, but rather too little. Being underworked can be just as disastrous on employees’ health, and that idea has been developed in a concept known as bore-out, the deadly boredom caused by chronic under-activity. The symptoms are similar as burnout: demotivation, anxiety and sadness.

So before taking a look at the effects of different kinds of tasks, perhaps first we should consider the idea that how busy you are can affect the meaning you find in a job. Could meaning simply be found in the subtle balance between excessive task juggling and utter boredom?

A new concept came to light in 2018, when Dr. François Baumann coined a precise expression for the suffering felt when there is no meaning to the work a person does: brown-out! It usually refers to a drop in voltage within an electrical power supply, but this new professional pathology has now come to mean “the pain and discomfort felt by the loss of meaning in work objectives and a complete misunderstanding of your role in a business structure”.

Doctor of anthropology David Graber had already noticed the problem in 2013 when he penned an opinion piece entitled “On the phenomenon of Bullshit Jobs: a work rant”, which triggered huge online buzz. He expanded his ideas in 2018 when he published Bullshit jobs, a book filled with testimonials giving examples of ridiculous tasks, such as the one carried out by Betsy:

“Most of my job was to interview residents and fill out a recreation form that listed their preferences. That form was then logged on a computer and promptly forgotten about forever (…). The interviews mostly just annoyed the residents, as they knew it was just bullshit paperwork and no one was going to care about their individual preferences.”

So does experiencing a lack of meaning at work mean getting paid to be professionally committed to a task we consider absolutely useless?

Does something need to be useful for it to have meaning?

But what makes a task useful? Should it be profitable either socially and/or economically? Isn’t the idea of work needing to be profitable in order to have meaning a rather sad state of affairs? Another testimony recorded by David Graber recalls:

“I worked as a programmer for a travel company. Some poor person’s job was to receive updated plane timetables via email several times a week and copy them by hand into Excel.”

Ensuring that a plane timetable stays up to date certainly isn’t useless. But there is no meaning in the task because it could so easily be automated, and yet for some reason is not. So perhaps it is better to dig deeper into what drives us to do things, into whether or not they have a purpose. In other words, what really motivates people.

The Whys and Wherefores of the science of motivation

Why, or for what purpose, do we work one way or another? The issue of motivation isn’t limited to (aptly named) Generation Y, and several experts had already examined what triggers motivation well before the new millennium began.

In the 1970s, the professor of psychology and social sciences Edward Deci was one of the great influencers in the theory of management through motivation, and his thinking was inspired by ideas dreamed up by William James in 1890 and Henri Murray in 1937. For Edward Deci and Richard Ryan, our motivation originates from two main sources:

Which type of motivation has the most meaning for people? Now there’s an interesting question. And its answer has a huge impact on how we perform a task. A team of American academics, chaired by the professor of psychology and behavioral economics Dan Ariely, conducted a very simple experiment in 2002: 87 Indian people were invited to play six games. They were divided into three groups, each with a different potential prize (4, 40 or 400 rupees respectively) that could be won depending on how they performed. You’d think that the ones with the highest potential prize money would perform the best, right? Wrong! Players with the highest stakes (400 rupees) actually performed worst across the board, regardless of the type of game!

More than money: the underlying purpose of work

To understand the meaning of work beyond its most obvious outcome (being paid a salary), in 1931 the Austrian researcher Marie Jahoda went to observe a population of unemployed people to learn more about what they had lost when they no longer had their jobs. At the end of her empirical study, she highlighted the five underlying purposes of work:

This list of purposes is very useful in pinpointing exactly what creates well-being – and meaning in particular – at work. When one or more of the underlying purposes in our work comes under threat, the meaning we find there ebbs away. But that might actually be a good thing: for companies and individuals to strike the right balance, elements of the extrinsic need to be in play, but aren’t quite enough, while elements of the intrinsic allow unique personal expression, a spirit of initiative, and the need to be recognized for our individual worth.

Valentine Poisson for the EVE webmagazine. Translated from French by Ruth Simpson.

What are mirror neurons? 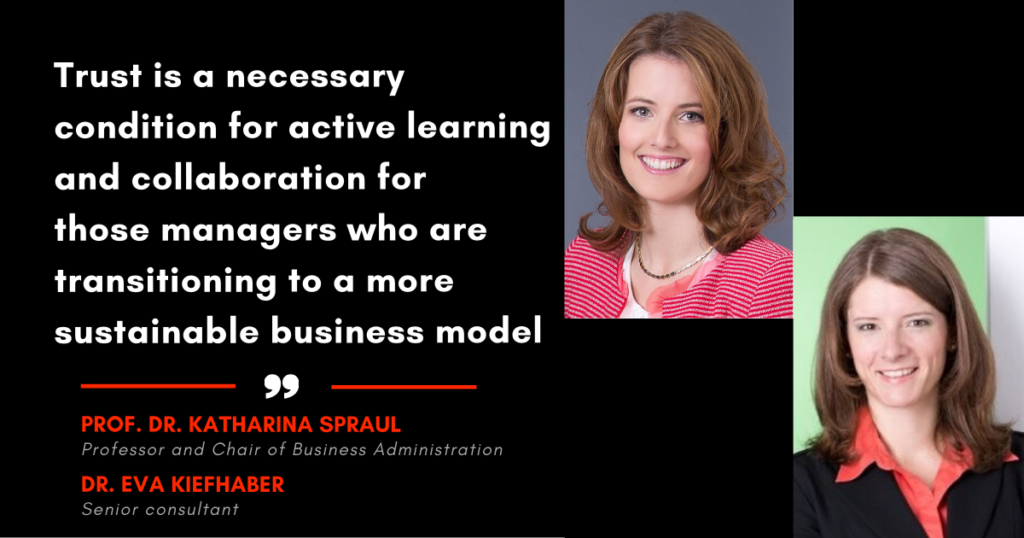 How Sustainability Can Be Achieved in Small and Medium-Sized Enterprises?

Welcome to the Octave Program webmagazine!

Here’s where you’ll find all the latest news about leadership, best practices, management transformations, initiatives, personal development, testimonies, and much more.
Our motto: be yourself and be part of a changing world.